David gives politicians a good name. One of the National Assembly's most able members, he combines an impressive grasp of the political process and constitutional affairs with eloquence and good humour - a fact that has won him plaudits among colleagues and the media alike.

Born in Neath in 1962, David was educated at Dwr-y-Felin Comprehensive School, Neath, the University of Wales, Cardiff, and the College of William and Mary, Virginia, USA. Before his election to the National Assembly he was manager of the Carers National Association in Wales and a former Deputy Director of the Welsh Centre for International Affairs.

His political interests include community care, health and constitutional affairs. Outside the political arena, David enjoys, reading, golf and swimming.

David also boasts more than a decade's campaigning for the Conservative Party across Wales. As the party's policy director David wrote the the Welsh Conservatives' manifestos for the 2003 and 2007 Assembly elections.

David has stood for Parliament twice - in 1992 in Blaenau Gwent, and in 1997 in Cardiff Central - and has twice contested the Vale of Glamorgan seat in Assembly elections. 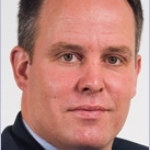