Andrew RT Davies was born in 1968 and was educated at Llanfair Primary, St John’s, Balfour House and Wycliffe College. He is married to Julia and they have four children.

Andrew’s background is in the business community – as a partner in the family farming business, based in Llantrithyd, in the Vale of Glamorgan.

He is President of Llantrisant Young Farmers Club and a former Chairman of Creative Communities, an organisation which seeks to develop structural community development.

Andrew joined the Welsh Conservatives in 1997 and stood as a parliamentary candidate in Cardiff West in 2001 and in Brecon & Radnorshire in 2005.

He was elected in 2007 on the South Wales Central regional list and returned to the Fourth Assembly in 2011. Andrew has held Conservative Shadow Ministerial posts for Transport, Education and Health.

His political interests include the economy, education, health and rural affairs. Andrew was elected the Leader of the Welsh Conservatives in 2011 served in the role until June 2018.

He is now the Shadow Secretary for Environment in the National Assembly for Wales, and represents the Welsh Conservatives on all issues from the environment and energy, to rural affairs and agriculture. 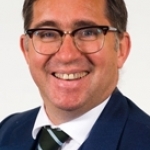 Welsh Assembly Member for the South Wales Central RegionDeputy Presiding OfficerDavid gives politicians a good name. One of the National Assembly's most able members, he combines an impressive grasp of the political process and constitutional affairs with eloquence and good humour - a fact that has won him plaudits among colleagues and the media alike.