Respecting devolution means respecting what is not devolved too 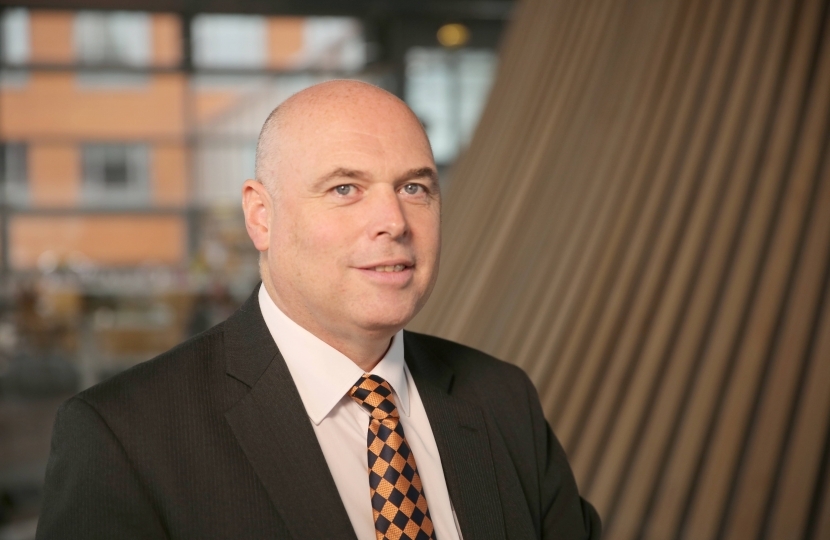 Respecting devolution means respecting what is not devolved too:

In a hard hitting article published today on the Gwydir website (https://gwydir.wales/2020/10/02/a-government-that-respects-devolution/), the Leader of the Opposition in the Welsh Parliament, Paul Davies MS, unveils a key principle and commitment that would be enacted by a Welsh Conservative Government.

Here is the full text of the article:

International relations is not devolved, it never has been, and under my watch, Welsh ministers will stop pretending they have powers they do not, writes Paul Davies MS, Leader of the Welsh Conservatives in the Senedd.

As many of you will know, this weekend we should have been heading to Birmingham to join together with Conservatives from across the United Kingdom at the annual UK Conservative Party conference.

I won’t dwell too much on what we’re missing due to Covid-19 but I don’t think anyone is going to miss the warm wine, the stale canapes or the long queues to get in. But I’m sure a couple of people will still be partaking in some “refreshment” to recreate that conference “morning feel” that us seasoned conference-goers either work through or avoid.

Now, I will let you into a little secret – I’ve recorded a little video to go out to the virtual conference as part of the Union section. Although it is disappointing not to be in Birmingham, I am hoping to be able to welcome the Party back to Wales in spring next year as we hold our UK Spring Conference in Newport.

And I am looking forward to it being the last Conservative Party conference to be held in a Labour-run Wales, as we head to the polls two months later.

Now for some of you, the video might be an opportunity to play “devolution revolution” bingo but I will warn you I can’t be held responsible for how you feel Wednesday morning.

To give you a flavour of what is in the video, I’ve taken every opportunity to remind people of what our Gwydir series has focused on – delivering a devolution revolution in Wales as your inaugural Conservative First Minister of Wales.

A devolution revolution that will end the complacent Welsh Government culture that produces a billion pounds of waste.

A devolution revolution that creates an environment for businesses to start up and grow.

A devolution revolution which increases investment for our Welsh NHS as businesses create more jobs and more revenue.

A devolution revolution that ends the underfunding of our young people and gives them the tools they need to thrive.

A devolution revolution which brings jobs, investment and infrastructure to the whole of Wales.

But let me tell you something that isn’t in my conference video. My confession. I’ll make it here today instead: I think Adam Price is right on one thing.

Coronavirus has changed the Welsh independence question – but not in the way he thinks.

Coronavirus has also made it completely clear that our essential Welsh NHS has been let down by Labour for two decades.

No longer can Labour hide behind claims of austerity or push the blame onto a UK Government. They have let our NHS down for over 20 years and everyone knows it.

But where Adam Price and I will never agree is that independence is the answer.

As Darren Millar MS wrote last week, we need a Welsh Government that will work with a UK Government to deliver for Wales.

Our devolution revolution is even more important than ever with the impact of Covid-19.

It is only with the historic support of the UK Government that four hundred thousand jobs in Wales were protected at the height of the pandemic. And that more than one hundred thousand self-employed people received a share of nearly three hundred million pounds.

It is only with being a part of this historic union that the Welsh Government had an extra four billion pounds to fight Covid-19.

And it is only by being a part of the union that we will recover from Covid-19.

When the Prime Minister says that he wants to unblock the nostrils of the Welsh dragon with an M4 Relief Road – I won’t stand in his way – I will be by his side and we will deliver that road together because it is the right thing to do for the people of Wales. Two governments working together like never before in the age of devolution.

And Darren’s absolutely right about the Internal Market Bill too. Not a single power will be taken away from Wales. When you ask Welsh Government ministers to wipe away the faux tears and list the powers they are losing, they cannot name one power they are losing. Because nothing is being taken away from Wales. Powers are being taken back from Brussels and vested where they belong – with the UK and Welsh Governments.

But that doesn’t stop the Welsh Labour Government and their hangers on complaining. To some of them, you could swear the Senedd building is about to be bulldozed. Devolution won’t be ending with the Internal Market Bill.

And neither will it be ending with the election of a Welsh Conservative Government.

A respect agenda will be reinstated between the two governments and it will be adhered to by both sides. And that, of course, means that my Welsh Government won’t be treading on Westminster’s turf either.

Let me turn that from rhetoric into an election pledge for the people of Wales. Within the first year of a Welsh Conservative Government, we will conduct a root and branch examination of where Labour has been pretending it has devolved competence when it does not. And we will defund and end the pretence.

Indeed, a great starting point in this boundary review – and not the sort of boundary review politicians are used to talking about – will be unpicking the whole department of the Minister for International Relations in the Welsh Government. International relations is not devolved, it never has been, and under my watch Welsh ministers will stop pretending they have powers they do not.

The Justice Commission and its power grab will also go. Their report can sit on the shelf gathering dust next to the reports the Welsh Government commissioned in areas it had legal power over, but Labour was always much more interested in salami slicing Westminster’s powers than exercising their own powers competently.

These are the real areas where one government has encroached on the responsibilities of another. These are the real signs of disrespecting devolution, not that you’d hear the usual suspects in the Cardiff Bay Bubble ever admit that. Because half of them are bought into the real power grab – not from Cardiff Bay to Westminster, but the other way around.

If the Welsh Labour Government had only focused on the things it had legal powers over, then it might not have made such a hash of them. But it simply can’t help itself.